Book: Betty Boyden «The Town Mouse and the Country Mouse» 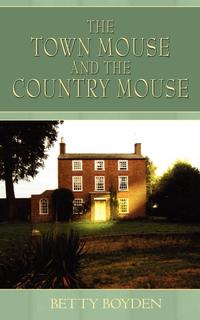 When the Second World War breaks out, young Lisette is sent from her hometown to spend the summer with the Drewery family in the Lincolnshire Wolds - and begins a love affair that will last a lifetime. Helping out on Manor Farm, Liz quickly becomes best friends with Barbara - a serious-minded young woman with academic aspirations - and her down- to-earth cousin, Walter. Barbara and Liz go to university together but lose touch after Liz and Walter marry... until, years later, Lisette receives a letter from Barbara asking if she can come to stay. Now in their late sixties, Lisette, Walter and their grown-up children receive Barbara as a guest on the farm - and slowly the story of their missing years apart is pieced together, as each is compelled to come to terms with the choices they have made. At times poignant yet humorous, this warm- hearted novel is a moving exploration of friendship, family, ambition and progress through the years - and, ultimately, a life- affirming tribute to...
Издательство: "Книга по Требованию" (2009)
Категории:
ISBN: 9781847486776

Based on the classic fairy tale. Town Mouse and Country Mouse lead very different lives and when they visit each other they find everything very strange! Read it yourself with Ladybird is one of… — Ladybird, Read It Yourself 2013 276 бумажная книга