Book: Daiches Samuel «Babylonian oil magic in the Talmud and in the later Jewish literature» 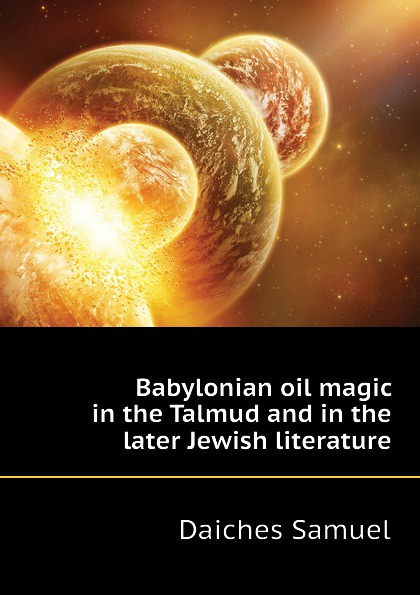 (1878-1949)
British rabbi and scholar, son of Israel Hayyim Daiches. He was born in Vilna. He served as rabbi in Sunderland, England, and later became a lecturer in the Bible, Talmud and midrash at Jews College. He took an active part in the work of B'nai B'rith, the Anglo-Jewish Association, the Board of Deputies of British Jews, the Jewish Agency, and Jewish relief organizations. His published works include studies of Babylonian antiquity and its influence on Judaism, the Psalms, the Talmud in Spain, and Jewish divorce law.